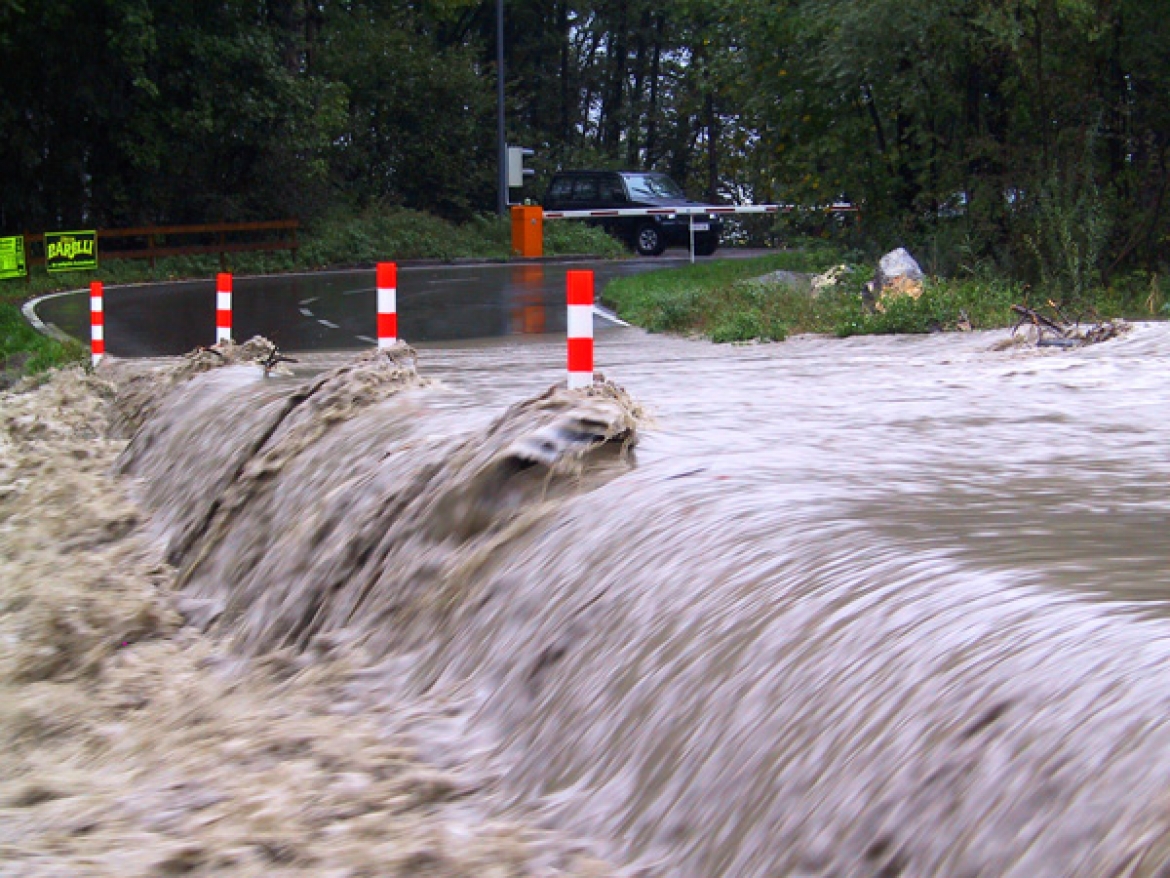 Warning system for a busy fort

The much frequented Rohrbach-Strasse in Dornbirn leads over a ford of the Dornbirner Ache, which is often flooded. Not only is there a risk that the road will become impassable, but also that people could be injured. 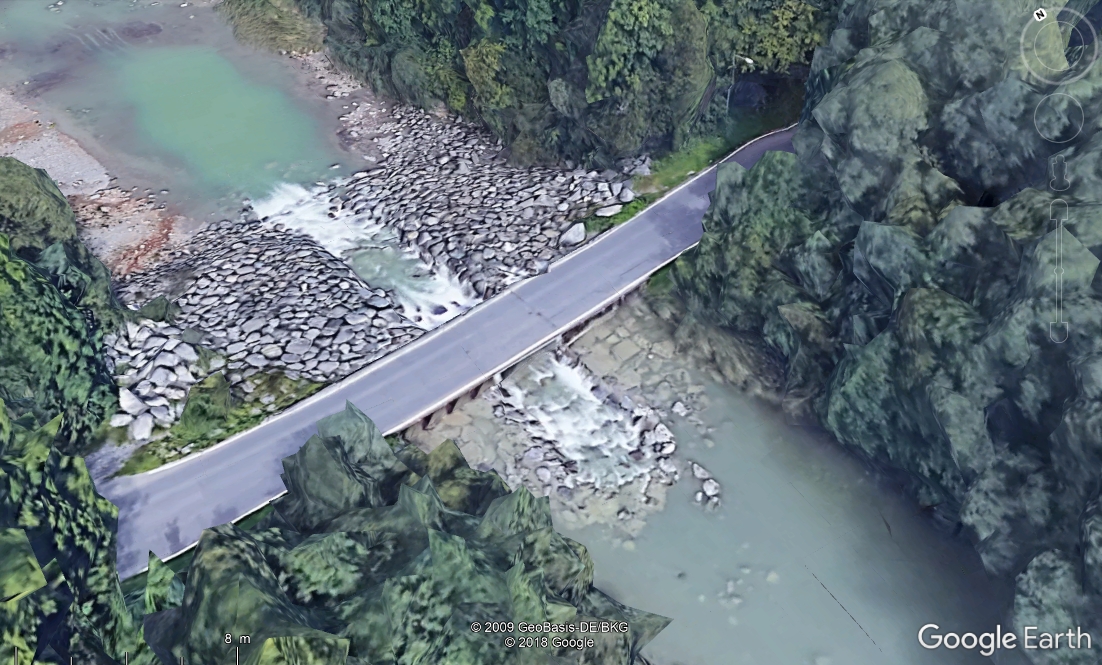 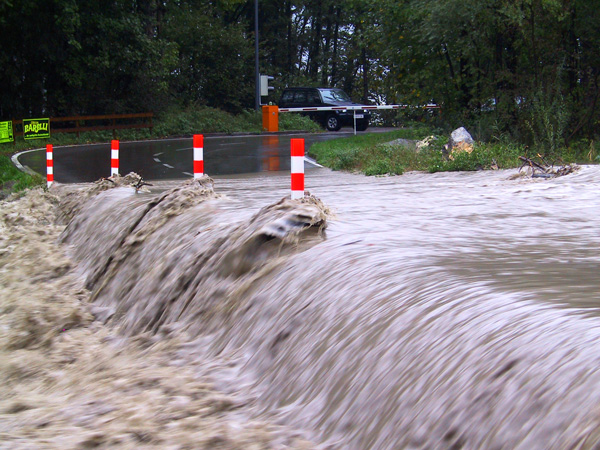 For nature conservation reasons, the ford cannot be replaced by a bridge. Thus, structural adjustments (raised roadway, extension of the flow openings) and an automatic barrier system ensure the safe use of the ford.

With the system described here, the water level of the Dornbirner Ach is continuously monitored and the barriers are controlled. This ensures that the ford can be closed in time and opened to traffic again as soon as possible.

The flood monitoring system will be equipped with two radar level sensors and two automatic cameras. The measured data from the level sensors and the images from the surveillance cameras are integrated into an online data portal in which the road closure is activated and deactivated.

The system is designed according to the scheme shown below. It consists of Sommer Messtechnik RL-15 level sensors, MRL-7 data loggers, DFM radio modules and a Siemens LOGO control for the activation of traffic lights and barriers. 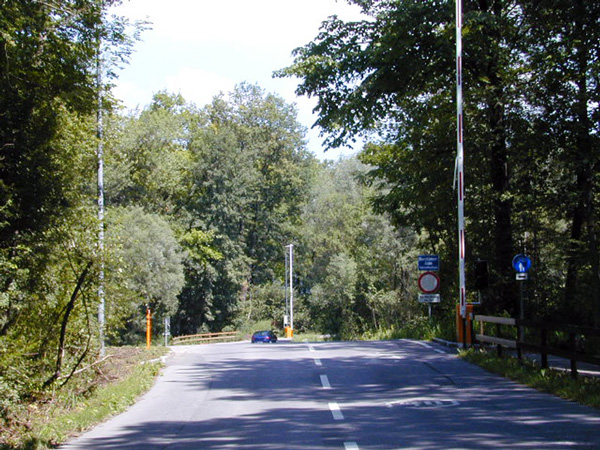 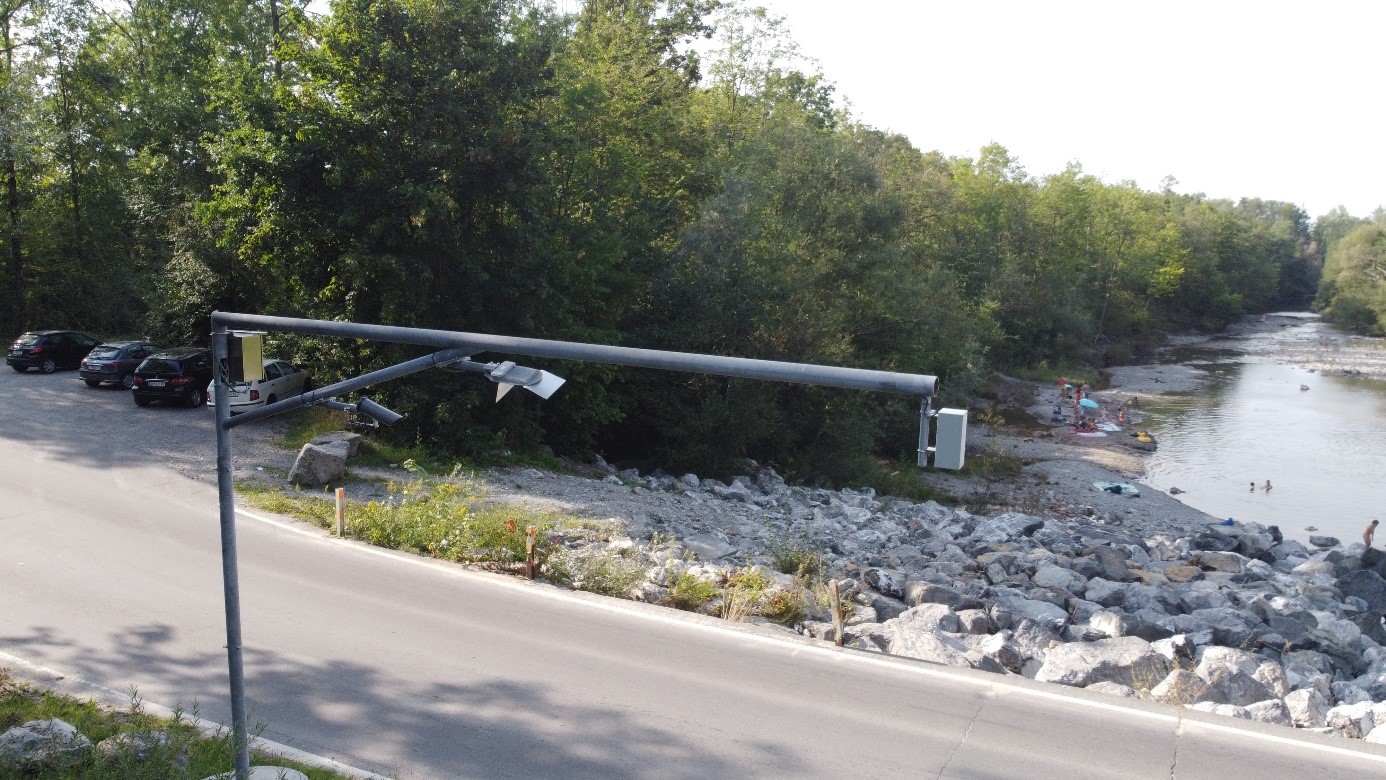 One RL-15 radar level sensor is mounted on each of the two river banks directly at the ford. With an installation height of 4 m above the road surface and sufficient distance to the river bank, continuous measurement of the water level is guaranteed.

In addition to the level sensors, WDR cameras are mounted on the two masts, which look across the ford in both viewing directions. In order to be able to clearly assess a flood situation at night, LED street lights are mounted next to the cameras to illuminate the ford and the bank areas.

An MRL-7 data logger installed in the central control cabinet records the water levels measured by the two level sensors and the images from the camera on the right bank of the river.

A second data logger is mounted on the mast on the left bank of the river. This captures the images from the second camera and forwards them to the central MRL-7.

The measured values of the water level sensors and the images of the cameras are transmitted to the central MRL-7 via data cables. The Siemens LOGO control is also connected to the MRL-7 by a signal cable.

From the central MRL-7 the status messages are transmitted by radio to the display panels. In this version, extensive and costly excavation work in the local recreation area could be avoided.

In addition, the measurement data and images are transmitted via mobile internet to the Sommer Messtechnik data server. This gives the traffic authorities an overview of the current road conditions on the ford at all times. 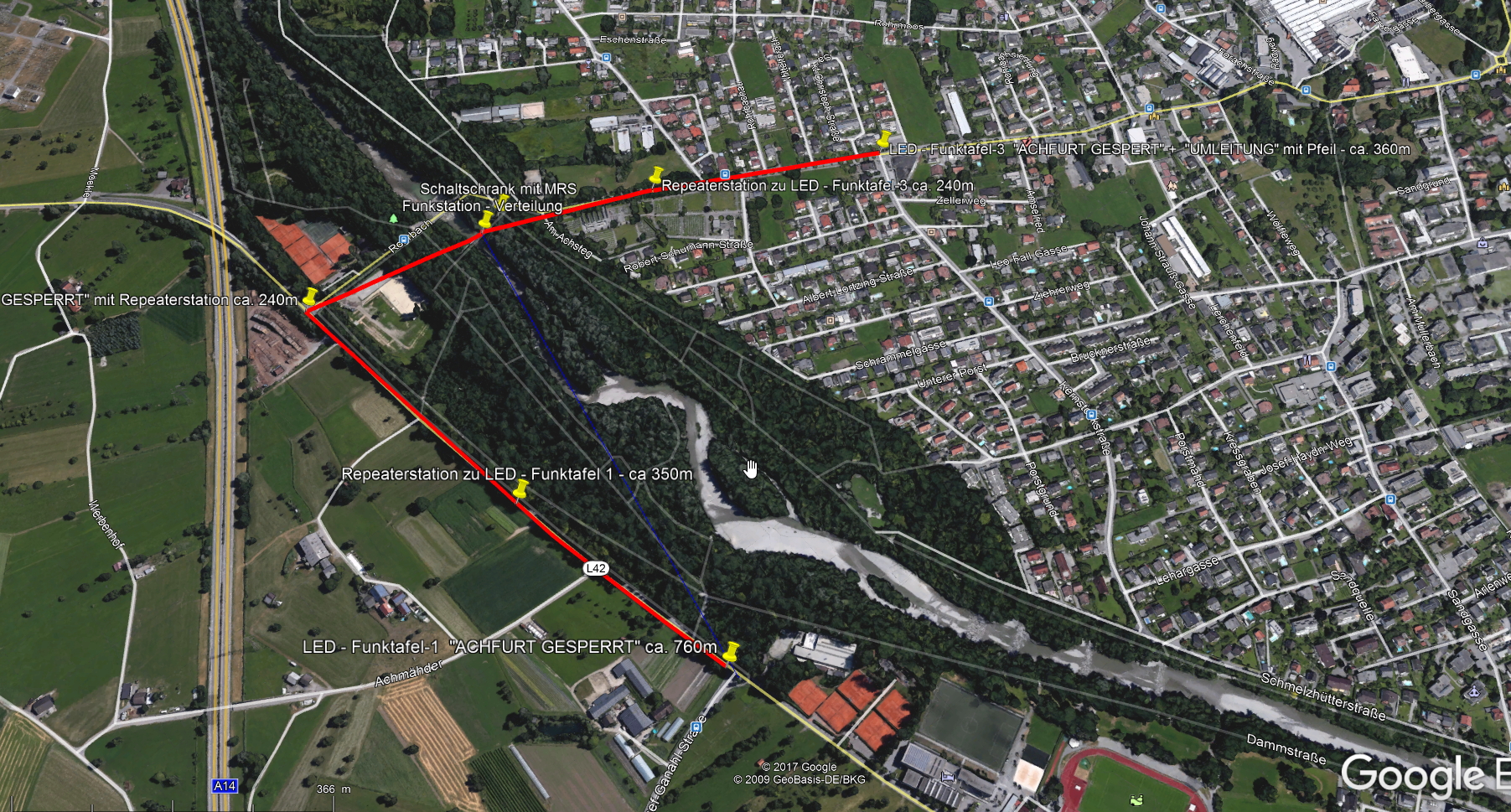 The data transmitted by the monitoring station can be retrieved via the Sommer Messtechnik MDS (MessDatenServer) web interface. In addition to the water level and camera images, the switching states and other diagnostic variables, such as the battery voltage, are also displayed here. 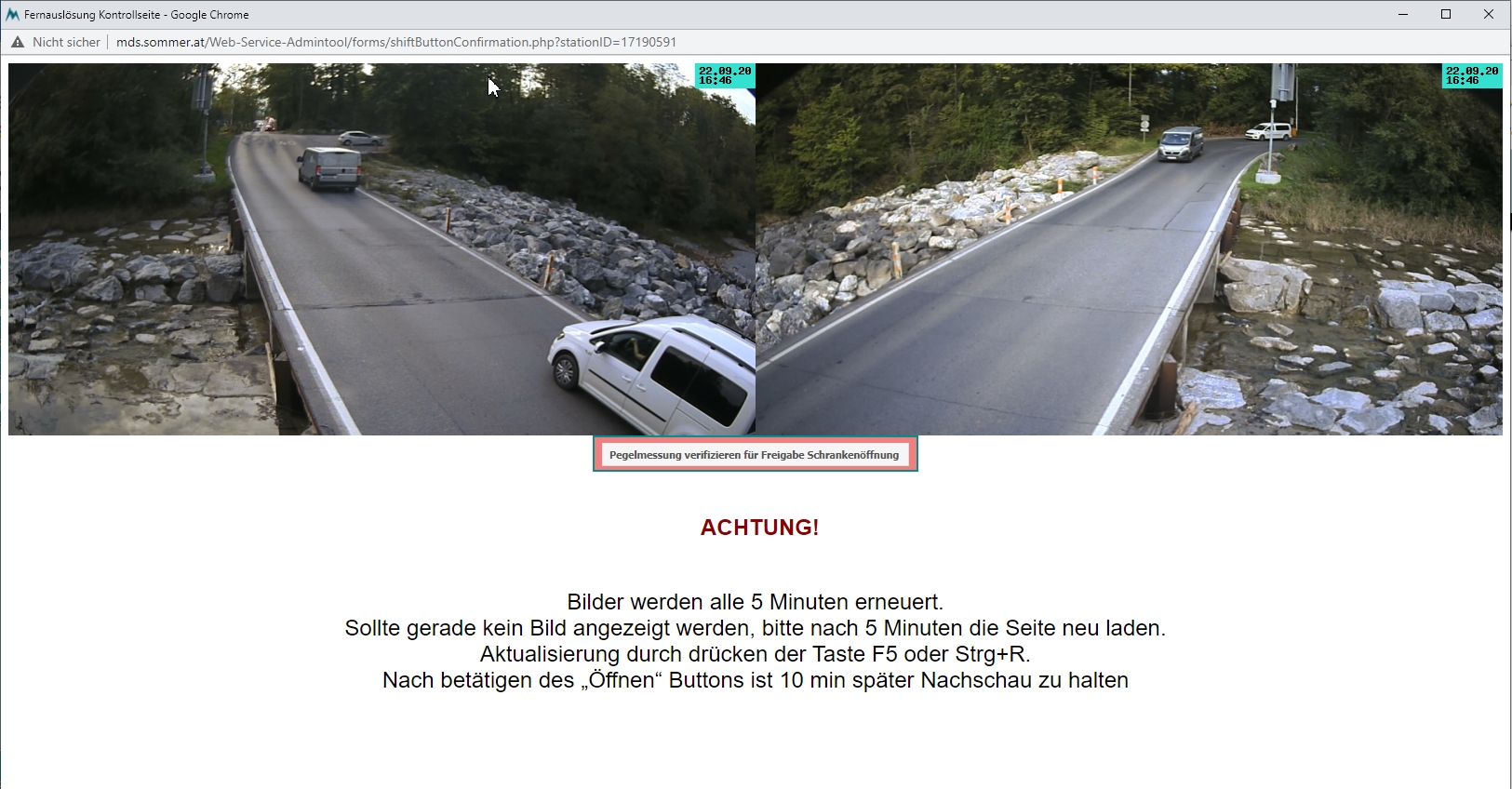 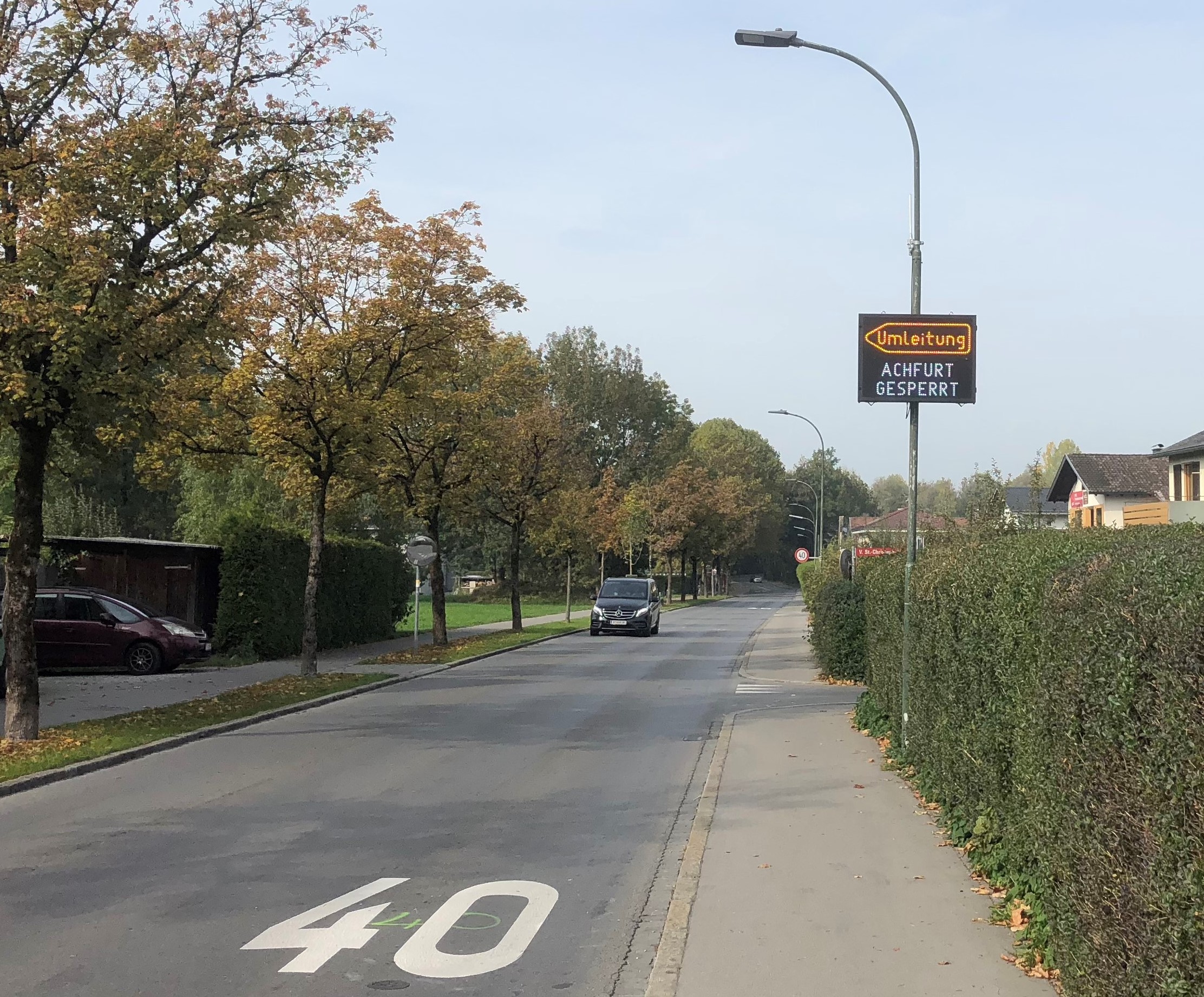 If the water level rises above the pre-warning level, the authorities are informed by SMS, e-mail and the city's own safety system NTA.

When the water level rises to a point where the ford can no longer be safely traversed, the monitoring unit activates several safety systems:

After a delay of three minutes-no vehicles are allowed to remain in the danger area- the traffic light turns red and the barriers close. The "closed" status is displayed on the Sommer Messtechnik MDS website and transmitted to the police station. There, the responsible personnel checks whether the barriers are closed. This ensures that the system works properly and the danger zone is safe.

As soon as the water level falls below the pre-warning level again, the authorities are informed again. However, the barrier remains closed until the responsible staff at the police station has checked the current road condition via the camera images on the MDS. After approval, the barrier is opened via the MDS website.

In addition to the information flow for system operation, the general public can also access the road condition at the ford via an app and be notified of closures. In this way the traffic volume at the ford can be reduced at an early stage.Mehr zum Furtbot finden Sie hier.